It's only a small house in a small village in Suusamyr. However, it is a little bit of Kyrgyz identity: Кожомкул (pron.: Kojomkul). Here, a giant man of 2.30 m and 164 Kg lived in the first half of the 20th century. His name was Kojomkul and the village is named after him. The way he lived was highly appreciated by his contemporaries and he was considered to be a model for Kyrgyz manhood. 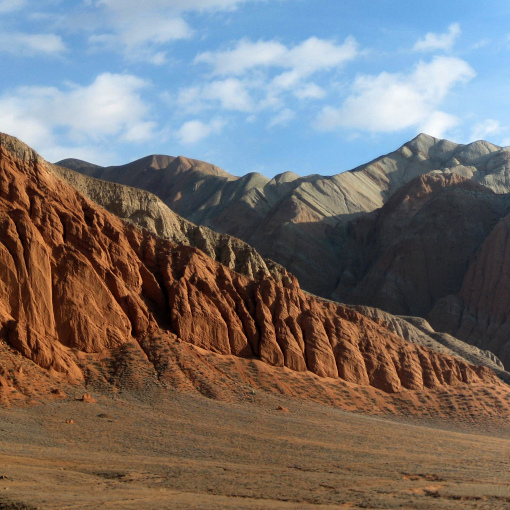 Kyzyl Oi (Кызыл-Ой) is Kyrgyz and means Red Valley. If you look around you understand where the name comes from. The clay hills around show this typical reddish color.